This was posted earlier today on www.garethedwards.com (no not the Godzilla and Star Wars)

I haven’t been this enraged since “Firefly” was axed. *mutters* Fucking Fox Network suits.

Why am I furious?

I didn’t win the ballot to secure a reservation at the “The Fat Duck” pop-up restaurant in Melbourne in 2015. I had over 20 entries into the ballot via family/friends/employees.

(Sorry, I have to run off on a small tangent, because that “Do you know who I am?” remark reminded of the brilliant Eddie Izzard “Death Star Canteen” piece that was recreated using Lego characters. I could watch this over and over for hours. I won’t. But I could, if I wanted to…)

But Gaz, I still don’t understand why are you so upset?

I know Heston. I love his work. We’ve gone to some of the same events together (see section 9 here: http://garethedwards.com/2014/08/07/10-reasons-this-planet-is-fucking-awesome/). I’ve dined at The Fat Duck in Berkshire, UK on several occasions, and I was excited to see the new creations he would be introducing in Melbourne. 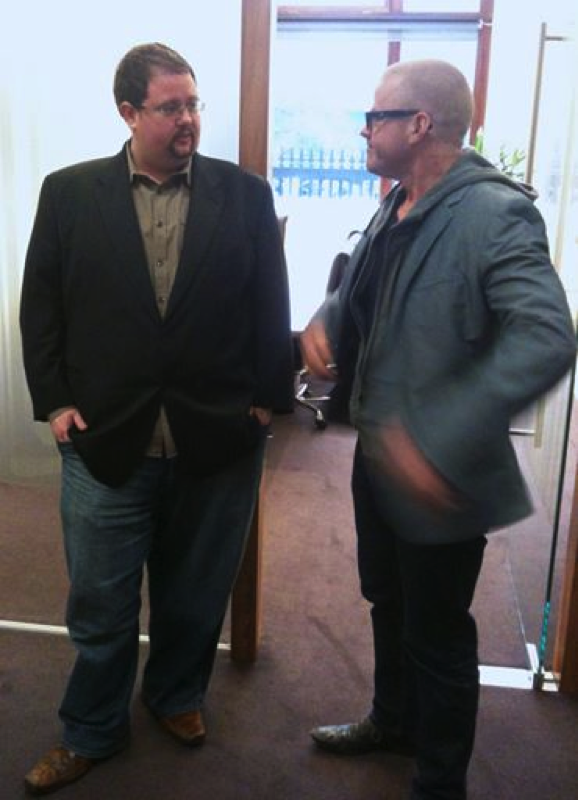 Now in fairness, I know Heston didn’t personally review all 89,000 booking requests as part of the ballot. If he had, I’d be on the fucking list.

And I realise it was an automated ballot system. But that doesn’t make me any happier. I want my fucking Golden Ticket(s), Wonka!

So where to from here?

Hunger strike? Fuck no. A hunger strike to get a reservation at a restaurant is like fucking for virginity, or fighting for peace.

Now my only option is to secure a place on the “Waiting List”. The fucking waiting list. Is there anything worse? Fine, I know you’re going to say “What about the Holocaust”? Well this is a close second.

Failing that, I need to find out which one of my dear acquaintances did chance upon a reservation in the ballot and politely grovel for a seat at their booking. Anyone who knows me, knows how much I hate the notion of even contemplating that.

I hate owing people. *shudders at the thought*

I have to say I completely agree. Though I’m even more pissed than he is. MY rejection email came 48 hours later than anyone else’s. So of course by this stage I’m expecting “the call” and thinking I’ve scored 4 converted reservations at the Chef’s table. Cause hell I wasn’t rejected. Then it arrives. Massive epic fucking tilt. I’d already planned who was coming (Gareth was to have 3 reservations and I’d join him and his posse). The company is just as good as the meal. No owing for this, Gareth I gladly hand over 3 reservations under the mutual friendship and respect banner no owing. It’s how I roll. I’m pissed I’ve let him down, which is fucked up cause I didn’t!

I’m willing to bet some fucktard “celebrity” begged for my seats, called in favours and got MY reservation. And HB SHOULD know who the fuck I am.

What pisses me off even further at near $800ph without drinks the “average” person can’t afford this and the cancellation list is going to be long. Yes I’m on standby and Gareth better be able to get here in 24 hours. I have no doubt he can manage this. What also pisses me off no end is you will have a room full of foodie plebs who won’t understand let alone appreciate the experience and will find themselves stopping at McDonald’s on the way home cause they didn’t “get” the menu. Cunts.

Then there is the dining experience that I KNOW the room Is full of plebs and they won’t get it and that’s enough to make me reach for the Xanax, a good bottle of Grange and drown my sorrows. The heart burn from eating in their company alone gives me rage issues, epic tilt and what I’m hoping is angina and not a full-blown psychotic break. Time will tell.

So I’ve been fobbed off for a random celeb and if I find out its Laura Bingle or Sam Worthington or the the likes of them  I will fucking lose my shit totally. From sociopathic to psychopathic in s split second. Cause she’s s home wrecking slut and he was in fucking Avatar. Enough said.

I hear a rumour that GE will pay $1000 per seat, just for the seat, at the chefs table. All 4 seats at that cost. Anyone out there listening?

Personally I want to know why my rejection letter came in 48 hours late. It’s “suspicious and I will be asking. I’ve been cast aside, so random ballot my ass.

Question And Answer Time. When The Demon's Visit